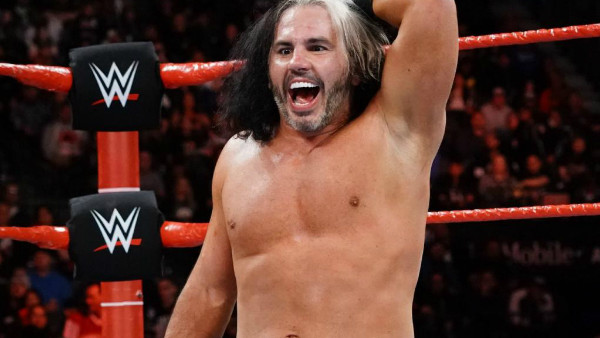 The past couple of years have seen several Matt Hardy retirement rumours arise as the battle-worn 44-year-old drifts in and out of focus in the WWE Universe, and this weekend saw the multi-time Tag Team Champion bring them back into focus.

Hardy tweeted the following early on Saturday morning, claiming that he has some “hard decision” to make over the next few months:-

It’s been a while since Hardy has teased returning to the character that made him a huge viral hit for Impact Wrestling in 2016/17. WWE’s ‘Woken’ version always felt like a second-rate imitation, so while Matt was able to bring elements of it to Raw and SmackDown after re-signing following WrestleMania 33, there’s still an itch to scratch.

Hardy currently finds his career in limbo. Him and brother Jeff captured the SmackDown Tag Team Championships in April but were forced to vacate when the younger sibling was injured a few weeks later, and Matt has only made television via 24/7 Championship skits since then. Given last year’s horrible, horrible injury problems, here’s hoping these “hard decisions” at least bring him back into focus.

Michael Bisping feels “very lucky” to have enjoyed a great UFC career after becoming “obsessed” with mixed martial arts in his youth. Born in Cyprus but raised in Lancashire, Bisping became Britain’s first UFC champion when he sensationally knocked out rival Luke Rockhold in June 2016 to claim the middleweight belt. ‘The Count’ puts that result high […]

Scorpio, ambition promises to take your sexy quotient up a notch and make you irresistible to money, opportunities and power. On the downside, somebody you’ve been working with could disappoint in multitude of ways. Could this be the end of your association? Only time will tell. Cancerians in business partnerships could face a similar situation. […]

Juan Martin del Potro has said he is unsure if he has played the last match of his career after re-fracturing his kneecap during the Queen’s Club Championships. Del Potro’s injury curse struck again on Wednesday as the former US Open champion slipped during his victory over Denis Shapovalov and was forced to pull out of the grass court tournament. […]

Indian students get cracking at coding early in life