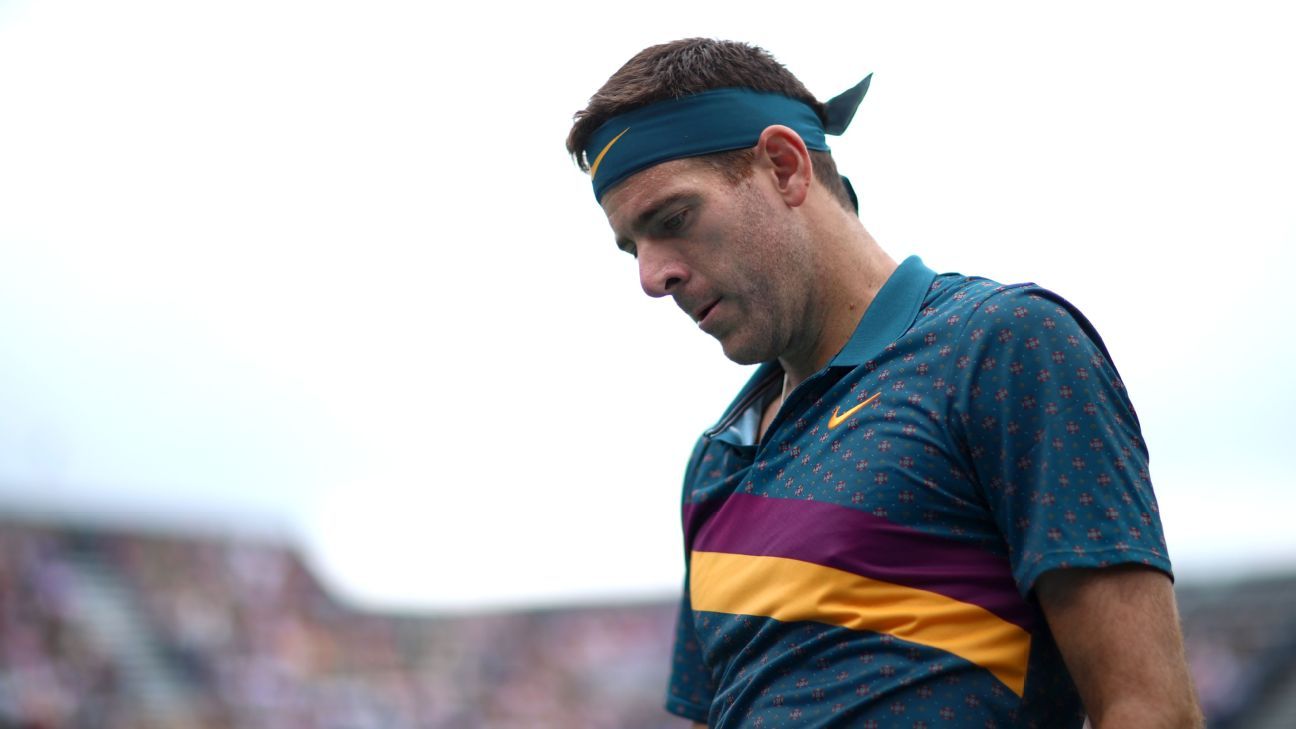 Juan Martin del Potro has said he is unsure if he has played the last match of his career after re-fracturing his kneecap during the Queen’s Club Championships.

Del Potro’s injury curse struck again on Wednesday as the former US Open champion slipped during his victory over Denis Shapovalov and was forced to pull out of the grass court tournament.

The world No. 12 will miss Wimbledon next month after scans revealed he had fractured his right patella — the same injury that forced the Argentine out of the last four weeks of 2018 and restricted him to five tournaments this year.

“If that match was the last of one my career, I don’t know. During rehab I will be able to think clearly. I will know what my body is able to do,” Del Potro, 30, said in a video posted on Instagram.

Since winning the 2009 US Open, Del Potro has undergone three left wrist surgeries and another to his right wrist but fought back each time to return to the tour.

“After medical studies and talking to the doctors they said surgery was the best treatment,” he added.

“I asked them for the best option health-wise, not just for tennis. They said surgery, no doubt about it. As you can imagine this is a tough moment, it’s sad to go through all this again. I didn’t expect this at all.

“I cannot say anything more than that. I don’t know what will happen next. Hopefully I will have a good recovery. I hope my knee can heal properly.”

Del Potro will be operated on in Barcelona on Saturday.

If you’re under the assumption that being a successful musician requires all sorts of fancy equipment, access to a professional studio, and years (if not decades) of experience, get this: Billie Eilish’s critically acclaimed debut album was recorded and produced in her 21-year-old brother’s bedroom. So.   IMAGE: GIPHY If you’ve got dreams of seeing your […]

The 30 Under 30 Reshaping Marketing And Advertising 2020